* In case of any delay in receiving the OTP, you may verify it later. Please proceed without verification.

Enter your City name or Pincode

The urban town of Bassi Pathana is part of Fatehgarh Sahib District of Punjab. The city is administered by municipal council that looks after the civic administration of the town. Bassi Pathana lies at a distance of about 5 km to the north from its district head quarters - Fatehgarh Sahib. The city shares its borders with several tehsils such as Morinda to the north, Sirhind to the south, Khamano to the south and Fatehgarh Sahib to the south. In the extension to this, Bassi Pathana is also surrounded by villages like Lohar Majra Kalan (6 km), Baher (6 km), Damheri (5 km) and Khalaspur (3 km). This city has maintained an effective amalgamation of historical significance and contemporary infrastructure. It also enjoys connectivity to the major places of the state via both roadways and railways. 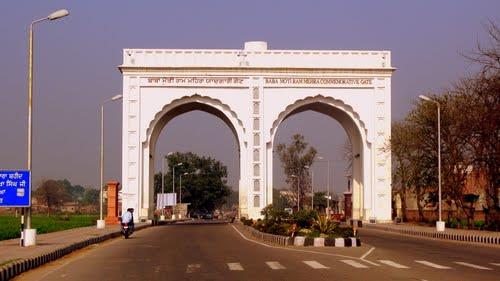 The city of Bassi Pathana as the name suugest is said to be founded in 1540 by Afghans. Both 9th Sikh Guru Teg Bahadur Ji and 10th Sikh Guru Gobind Singh Ji visited this city to which a Historical Gurdwara has been established in the city. The famous Gurudwara founded in their honor reminds about their visit. The city is also said to be associated with a temple called Brahmghat where a sage named Rishi Gajwanand meditated here for some years. In one of his meditation sessions, he accidentally put his leg in the fire but he did not realize it because he was so involved in his meditation. Suddenly, his disciples saw that accident and thus made a leg of wood and brass. The sage was so impressed with this gesture and blessed the disciples that no misfortune could harm their city. In case, some misfortune is sensed then it will go away by this leg that should be moved across each house after his death. Besides that, an old railway station in Bassi Pathana city has also included in its historical legacy because it was built during the British rule.

The city of Bassi Pathana is situated at 30.7097 °North latitude and 76.4084 °East longitude respectively. It has an average elevation of 273 meters above the sea level. Its climate conditions are very much similar to the district i.e. tropical and dry. The summer season starts with April and lasts up to June month with the maximum temperature around 40 °C. Summers here are followed by monsoon season that begins from July and lasts till September with maximum precipitation falls in August month. Furthermore, winters here are very cold with minimum temperature generally remains around 10 °C. This season continues from December to January. So with having very hot summer and cold winter, the ideal time to visit at this place is during October and November.

The administration of Bassi Pathana Municipal Council is governed by the Councilor of Municipal Council (MC). The town is also a Block of the District Fatehgarh Sahib. This Municipal Council City has its administrative powers on 86 villages spread across 13 wards. It also performs the duties of providing basic amenities like water & sanitation, law & order, electricity and road transportation within the city. Elections are conducted after every five years into its 13 wards. Moreover, the Municipal Councilor governs the city with its various departments like Judicial, tax & revenue and many more.

The economy of Bassi Pathana is depended on both agriculture and industries. Many of the inhabitants of this region are the farmers and produce food crops including paddy and wheat. But the town is largely famous for the manufacturing of sewing machine parts and mining machinery. Rupal Industries is the leading manufacturer here of sewing machine parts. Besides that, Bassi Pathana is also a big grain market and thus, related industries are now developing here. Several units of the manufacture of scientific instruments and agricultural implementations are also establishing at this town. A number of residents of Bassi Pathana have some kind of employment in these industries that help to earn their livelihood. A 220 KW Power Station has also been built at Fatehgarh Sahib that will definitely help in the industrialization of Bassi Pathana.

Bassi Pathana is known for cultural heritage and vibrant celebrations. People of varied religions are living here and enjoy their life in their own way. Majority of the population belongs to Sikh community but there are significant numbers of Hindus and Muslims also. Nevertheless, the people of Bassi Pathana participate in various kinds of festivals in which the most celebrated is the festival of Basant Panchami. This festival is solemnized in the month of Magh or January - February. A big fair is held in the city during this special occasion when scores of people from different regions of Punjab and nearby states visit this place. People also used to worship the Almighty at the Gurdwaras and the temples on Basant Panchami. Some common North Indian festivals like Diwali and Holi are also celebrated here with great enthusiasm and dedication.

The administration of Bassi Pathana has set up many healthcare centers where wide range of medical treatments are provided to ailing patients. Kuldeep Hospital, Baba Nursing Home and Bhangu Medical Hall are the most important health centers in Bassi Pathana. They are equipped with modern medical facilities which are utilized by the skilled team of doctors and nursing staff. However, the city of Bassi Pathana also boasts of many chemist shops, dental clinics, dispensaries and path labs which also offer respective medical services to the people. See below the complete address of main hospitals in this area:

India Post has also located one of its post office branches in the historical city of Bassi Pathana. Though, it is a sub office branch but it provides almost all kinds of postal facilities to the inhabitants of the area. With having its head office at Fatehgarh Sahib, the post office comes under the postal division of Patiala and the postal region of Chandigarh head quarters. Besides this post office, there are few courier companies who provide quick courier services to the people.

With the purpose of offering the various monetary benefits to the people, several top private and government banks have placed their branches at the different areas of Bassi Pathana too. One can see branches of Punjab & Sind Bank, State Bank of India, Punjab National Bank, State Bank of Patiala and many more banks at this area. They provide efficient services of saving and current accounts, fixed deposits, personal or business loans and so on. In the given below lines, you will come to know about the complete information of these banks in Bassi Pathana.

The place of Bassi Pathana is quite famous for its religious and historical legacy across the state of Punjab. Thus, it is largely comprised of religious places like ancient temples and Gurdwaras. The most admired and the most visited temple here is Sant Namdev Temple which is dedicated to Sant Namdev born in 1270 in Maharashtra. He stayed here for quite a long time and provided the way to worship God to the people of this area. The Saint was preceded by the Sikh Gurus and thus his sermons are included in 61 Shalokas in Guru Granth Sahib. Later, this place became famous as 'Swami Nam Dev Ji Ka Dera' and a beautiful temple is constructed here in the year 1925. Apart from this temple, a Historical Gurdwara built in the memory of Guru Teg Bahadur Ji and Guru Gobind Singh Ji, in Bassi Pathana is also admired by the people here. The visitors can also visit at the Samadhi of Baba Budh Das and Brahmaghat Temple dedicated to Rishi Gajawanand located in this city.

The city of Bassi Pathana is well linked to its district headquarters of Fatehgarh Sahib and the state capital of Punjab - Chandigarh by air, rail and road. It is situated on the Punjab State Highway - 8 that connects it to the major places of the state such as Sirhind, Patiala, Chandigarh and many more. Frequent bus services by state transport and private buses at this highway helping people to reach at Bassi Pathana conveniently. Besides that, the city is located on the Sirhind - Nangal Railway line to which it has its own railway station, which is one of the oldest railway stations of the country. It was built during the British era. Trains from major cities of the state and surrounding states are have their stoppages at Bassi Pathanam Railway Station from where one can take auto rickshaws and mini taxis to reach at this town. The nearest airport to Bassi Pathana is Chandigarh Airport with almost 50 kms distance.


Bassi Pathana at a glance

Comments / Discussion Board - About Bassi Pathana